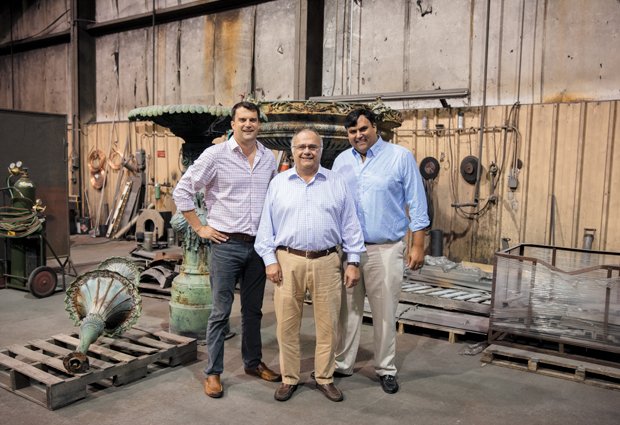 “There were two paths looming in front of Ricky Robinson in 1973, when Robinson Iron was formed as a spinoff from Robinson Foundry, the company his father started in Alexander City shortly after World War II.
In one direction there was the basic production of metal casings, repetitive foundry work that Robinson describes as “hot, dirty and labor intensive.”

The other, new direction of Robinson Iron promised something considerably more artistic, with the creation and restoration of ornamental iron works, ranging from backyard furniture to city lampposts to capitol domes”…

To read more of his fantastic article, please click on the link below which will take you to the Business Alabama website.

Thanks for stopping by!