Since 1946, restoration, replication, custom casting and preservation of significant historic architectural treasures have been our passion. So when Robinson Iron was given the opportunity to restore one of the most famous lighthouses of the nineteenth century, The Tortugas Harbor Lighthouse, we knew we would be saving not only the structure, but the history of navigating the oceans for another century and more.

Formerly known as the Garden Key light, The Tortugas Harbor Lighthouse was one of three lighthouses slated to be constructed in the Florida Straits in 1824 by the United States Congress. By 1826, the 65-foot tall light was completed on the eastern shore of Garden Key. Located at the meeting point of the Atlantic Ocean, Gulf of Mexico, and the Caribbean Sea, the Dry Tortugas have a rich maritime heritage. Shallow sand banks and coral reefs made nautical aids to navigation, like lighthouses, critical for safe passage around the islands.

The iron-plated lighthouse has been exposed to the elements and the effects of salty ocean air since its construction in 1876. Over time, the iron has corroded leading to significant deterioration in many areas, particularly around its base.

The three-phase Preserve Tortugas Harbor Lighthouse Project was expected to take about a year and visitors were able to watch the progress as the once great lighthouse became great once again. Robinson Iron is proud to have been a part of such a beautiful restoration of a part of maritime history. 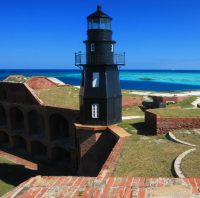 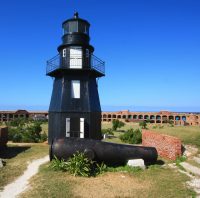 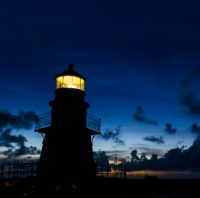 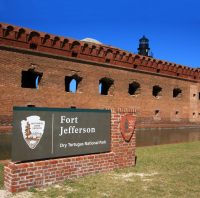 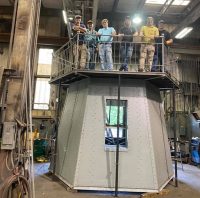 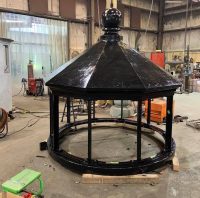